Last week was a quite interesting week in terms of travel. First I got to visit Zurich again after a while for .NET Day and then I got to visit the Croatian coastal town Split for the first time for Shift Conference.

When I used to work at Adobe, part of my team was based in Basel, Switzerland. As a result, I used to visit Basel, Zurich and other Swiss cities quite often. Since I left Adobe, I visited Switzerland only once 2 years ago. I was naturally excited to visit Zurich again for .NET Day.

I arrived a day early for the conference and explored Zurich a little bit. Google has a big office in Zurich with strong engineering. I got to visit that office as well for the first time and spent half day there working from the office. 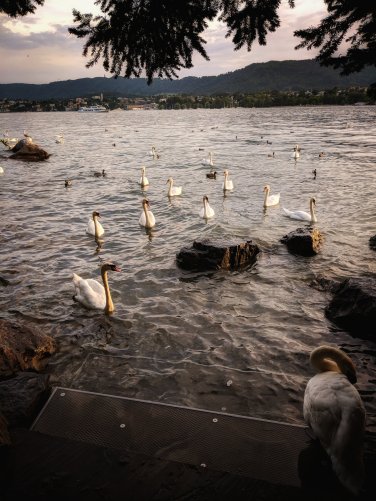 .NET Day is a small .NET focused conference with 2 tracks and about 200 attendees. It was the first time presenting there. I did my “Google Home meets .NET Containers” talk where I show how to connect Google Home mini to a .NET container running in Google Cloud. It’s a fun talk and always get a good reaction from the crowd.

Conference organizers did a couple of special things for speakers. First, we got speaker t-shirts with our names on it. I think this was the first time I got a t-shirt with my name which was nice. Second, they organized a photo shoot with the conference photographer, Irene Bizic. She did an amazing job and as a result, I got a few very nice pictures of myself. 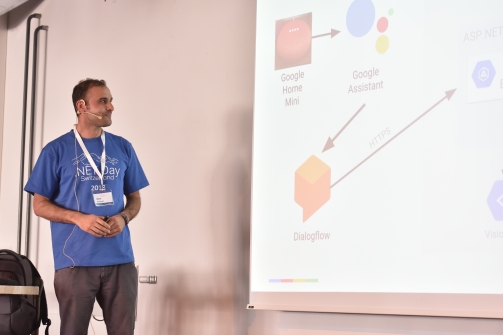 After my talk, I got some questions on the pricing model of Vision API. Someone also asked me about how to test Dialogflow end to end.

After Zurich, I flew to Split, Croatia. As you might remember, I was in Zagreb, the Croatian capital last October but this was the first time I got to visit the coastal part of Croatia.

I have to say I was impressed with Split. It’s a small town with rich history, great food and good beaches. The weather was very good with 30 degrees and sunny almost every day. I tried food in 3-4 different places and every place was very good. I had opened the beach season back in January in Rio but it had been a while since then and it was nice to swim again one afternoon in Split.

This was the first time I spoke at Shift Conference. I was expecting a small conference in a small town but I was totally wrong. Shift is a big well-organized conference (1000+ attendees) with a single track (and a workshop) over 2 days. There were lots of speakers from all over the place, a ton of technical content. The conference happens in an old theatre kind of place and I was super impressed with the stage. It was probably the most impressive stage I ever spoke at. 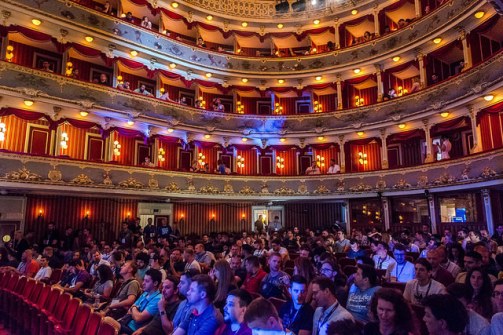 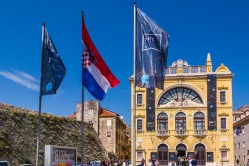 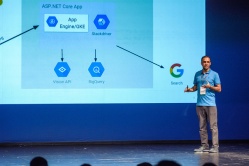 I did my “Google Home meets .NET containers” talk again. It was super fun again and I got reaction from the crowd both during and after my talk. After the conference, I got some general questions about Google Cloud and Dialogflow.

I have to say the organizers did an amazing job with the conference. There were speaker dinners and parties every night and they really tried to make it a fun event not just for attendees but for speakers as well.

I hope to visit Split again next year and explore more of Croatia and surroundings.